Now that fall is officially here, it’s time to prepare your home for cold weather. These steps, most of which you can do yourself, will help lower your utility bills and protect your investment. 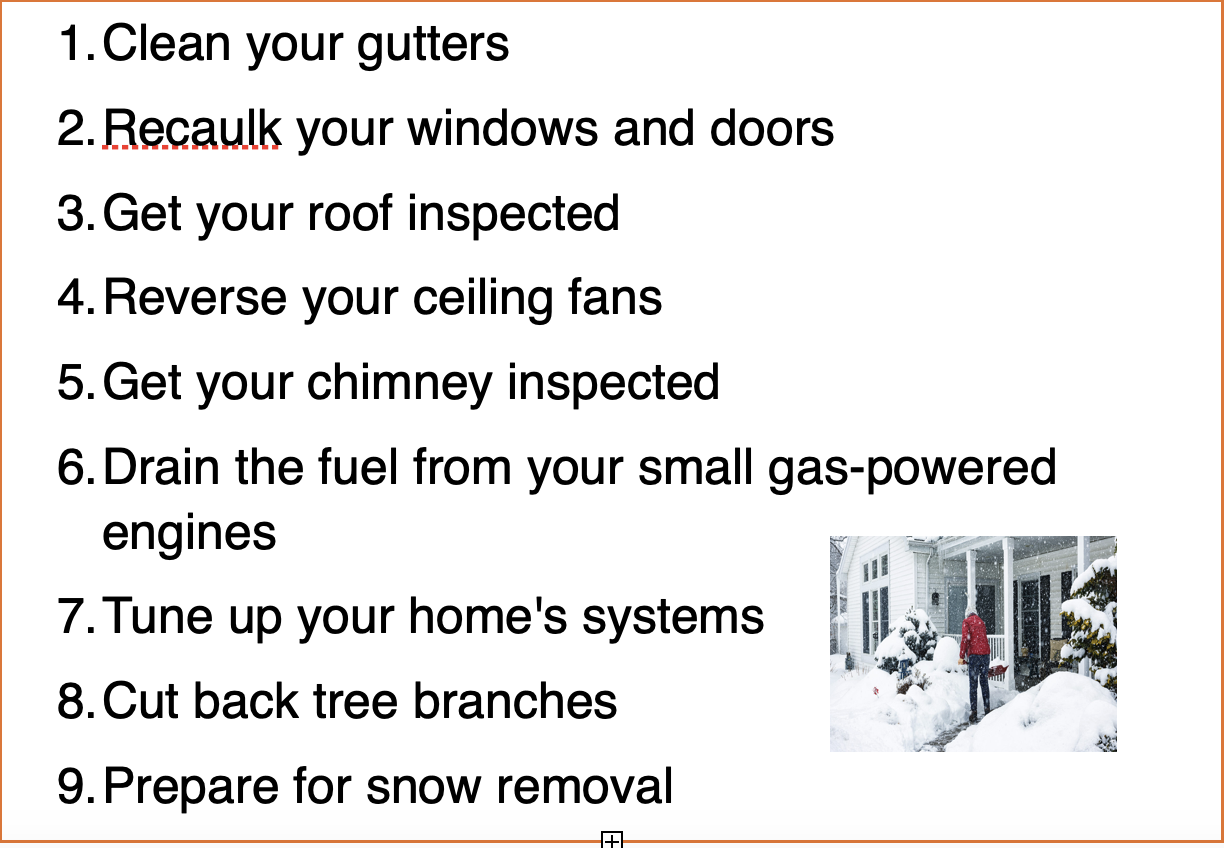 Veterans Day originated as “Armistice Day” on November 11, 1919, the first anniversary of the end of World War I. Congress passed a resolution in 1926 for an annual observance, and November 11 became a national holiday beginning in 1938. Unlike Memorial Day, Veterans Day pays tribute to all American veterans living or dead but especially gives thanks to living veterans who served their country honorably during war or peacetime.

19 million living veterans served during at least one war as of April 2021.

11 percent of veterans are women.

As of 2021, the top three states with the highest percentage of Veterans were Alaska, Virginia and Montana.